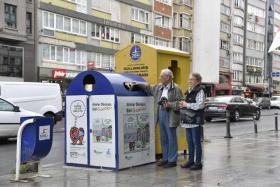 Şişli Municipality and ÇEVKO are in a ‘Fun’ collaboration to instill the habit of separating waste at its source for recycling.

The recycling bins in 24 different locations in Nişantaşı have been ‘dressed up’ by artist Serkan Altuniğne’s custom made recycling-themed caricatures that make one smile and think at the same time. The caricatures convey the message ‘Waste is Recycled, Şişli is Beautified’ and also aim to attract more attention to the recycling bins which have an important mission in terms of environmental sustainability. These pleasant recycling bins were put up on 5th June 2018, World Environment Day.

Caricature artist Altuniğne, who lives and pursues his career in Germany, says that recycling has become a part of the established culture in that country, and continues, “They try to teach you how to recycle in the integration courses while teaching the German language. Also in schools there are lessons on this subject, and you learn while still a child that recycling and waste separation is as natural as breathing, and the consequences will be dire if it is not done. The best part of the collaboration with ÇEVKO is that I will be able to convey to the people in a fun way the consciousness I have acquired on this important matter.”

On the subject, Mete İmer said, “We believe that the step we have taken in the collaboration with the Şişli Münicipality will render good results.”

The New Plastics Economy Discussed at the ÇEVKO Workshop 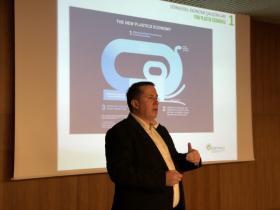 The previous year ÇEVKO Foundation had organized the International Circular Economy Congress in Turkey. This year the foundation’s target is continuity in thought and action in terms of circular economy with a series of workshops. The first of these, the New Plastics Economy Workshop was held on May 2nd 2018 with the participation of 31 representatives.

At the presentation by ÇEVKO Foundation, the work of the Ellen McArthur Foundation titled “New Plastics Economy” was taken into hand, and it was pointed out that 30% by weight of the current plastic packagings could not be reused or recycled without basic design and innovation. It was also stated that reusing would create an economic opportunity for at least 20% of plastic packaging materials; and the recycling of the remaining 50% would become economically attractive following the collaborative works on the design and post-use systems.

It Is Time For Action For Turkey’s Plastic Waste 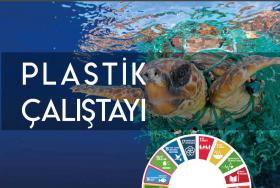 June 8th has been celebrated as World Oceans Day since 1992 with the decision of the United Nations. On this date this year, Bosphorus University hosted a workshop, ‘Time for Action for Turkey’s Plastic Waste: Eco-friendly Production, Responsible Consumption, Effective Recycling.’
At the workshop attention was drawn to the fact that the Mediterranean has become one of the seas with the highest level of plastic pollution.

THE MEDITERRANEAN IS SENDING OUT SIGNALS OF ALARM!
According to the “Escape from the Plastic Trap: Saving the Mediterranean from the Plastic Pollution Report” presented by Tolga Yücel, WWF Turkey Communications Director, 60 million tons of plastic is produced in the world, which creates 27 million tons of plastic waste. It is emphasized in the report that the amount of plastic waste in the seas is one of the most important problems awaiting global solution and this waste causes damage to the ecosystem of the seas estimated at $13 billion. It is also reported that 144 tons/day of plastic waste is dumped into the sea in Turkey.

‘LEGAL ARRANGEMENT IS MANDATORY’
The General Secretary of the Sustainable Development Association Konca Çalkıvık said, “A truck load of plastic waste goes into the seas every minute; every year 9 million tons of plastic waste go into the oceans. It is not possible to solve the global problem of plastic waste without local-regional cooperation.” Çalkıvık underlined the fact that trying to solve the problem with volunteers was not enough, legal regulations were also necessary.

Mete İmer, General Secretary of ÇEVKO Foundation spoke at the session and said that the issue of plastic was also included in the circular economy studies of the foundation. İmer gave information on the extended producer responsibility model and the works of ÇEVKO. İmer went on, “The future of the new plastic economy, which is a part of circular economy, lies in innovative solutions. These solutions are only possible with the collaboration of the public and the industry in the designing and recycling of plastic packagings.” The videos prepared by ÇEVKO on the recycling of plastic were shared with the participants at the same session. 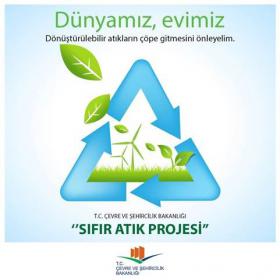 The zero waste studies which began in the Ministry of Environment and Urbanization building and which fall under the target of covering the whole of Turkey starting with the public institutions with the “Zero Waste Action Plan” by 2023 are in full throttle. The plan is to spread the project over the country incrementally with Ankara as the starting point. Alongside public institutions the project will cover educational institutions, shopping malls, hospitals, fun-rest facilities, and big businesses.

The Ministry of Environment and Urbanization has recently announced the realization of their website www.sifiratik.csb.gov.tr where they have compiled all their studies regarding zero waste. On the website are zero waste activities, educational trainings, zero waste principles, application criteria, news and announcements, and a promotion film of the activities of the ministry.
According to the ministry data, a total of 150 tons of assessable waste, of which 140 tons is packaging waste, have been collected. 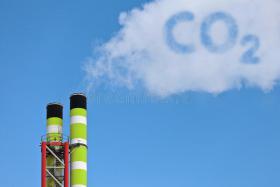 Global energy-related carbon emissions rose to a historic high of 32.5 gigatons last year, after three years of being flat, due to higher energy demand and the slowing of energy efficiency improvements, the International Energy Agency (IEA) said.

Global energy demand rose by 2.1 percent last year to 14,050 million tonnes of oil equivalent, more than twice the previous year’s rate, boosted by strong economic growth, according to preliminary estimates from the IEA.

Energy demand rose by 0.9 percent in 2016 and 0.9 percent on average over the previous five years.

Over 70 percent of global energy demand growth was met by oil, natural gas and coal, while renewables accounted for almost all of the rest, the IEA said in a report.

Improvements in energy efficiency slowed last year. As a result of these trends, global energy-related carbon dioxide emissions increased by 1.4 percent in 2017 to 32.5 gigatons, a record high.

“The significant growth in global energy-related carbon dioxide emissions in 2017 tells us that current efforts to combat climate change are far from sufficient,” said Fatih Birol, the IEA’s executive director.

“For example, there has been a dramatic slowdown in the rate of improvement in global energy efficiency as policy makers have put less focus in this area.”

Carbon dioxide emissions are the primary cause of global average temperature rise, which countries are seeking to curb to avoid the most devastating effects of climate change.

At talks in Germany late last year among almost 200 nations about details of a global climate accord, scientists presented data showing that world carbon emissions were set to rise 2 percent in 2017 to a new record.

“Global emissions need to peak soon and decline steeply to 2020; this decline will now need to be even greater given the increase in emissions in 2017,” the IEA said in its report.

The IEA said Asian countries accounted for two thirds of the global increase in emissions. China’s emissions rose by 1.7 percent to 9.1 gigatons, limited by renewables deployment and more rapid switching to gas from coal.

Most major economies saw an increase in carbon emissions, though Britain, the United States, Mexico and Japan experienced declines.

The biggest drop came from the United States, where they were down 0.5 percent to 4.8 gigatons due to higher renewables deployment.

The IEA said oil demand grew by 1.6 percent, or 1.5 million barrels a day, more than twice the average annual rate over the past decade, driven by the transport sector and rising petrochemical demand.

Natural gas consumption grew by 3 percent - the most of all fossil fuels - with China alone accounting for nearly a third of the growth. This was largely due to abundant and relatively low-cost supplies, the IEA said.

However, renewables-based electricity generation rose by 6.3 percent, due to the expansion of wind, solar and hydropower. Renewables had the highest growth rate of any energy source, meeting a quarter of world energy demand growth, the IEA said. 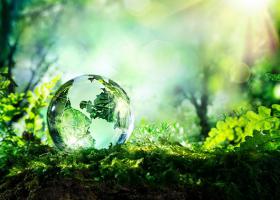 June 5th 1972 was announced by the United Nations as World Environment Day and since then has been celebrated worldwide for 46 years to increase environmental awareness. On this important day this year ÇEVKO Foundation participated in the events organized by a total of 52 municipalities including İstanbul and provided informative material on recycling, reaching more than 75 thousand consumers.
Herein we would like to share some of these activities with our readers.

Thousands of children filling up the Hasan Doğan Stadium drew attention to the importance of environment. During the event, the children together with their YENİMEK teachers had the time of their lives with activities like the art of ‘ebru’, doll-making workshop, fragrant stone art, and ceramic art. Kindergarten kids learned about the environment through games and fun.
The Mayor of Yenimahalle, Fethi Yaşar, also attended the festival and participated in the cloth bag painting activity with the children, later having photos taken with them. 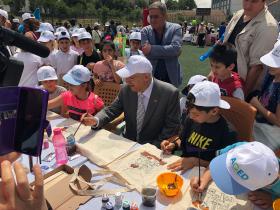 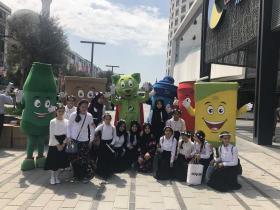 World Environment Day at Esenyurt – June 4th
Esenyurt Municipality celebrated the World Environment Day this year with the slogan “Our  Nature Asks Us A Favour” in various schools and town squares, informing the public in the process. ÇEVKO Information Team and the packaging waste mascots met up with the residents of Esenyurt on this special day. Mayor Ali Murat Alatepe also participated in the celebrations where the public and students were informed on environment and recycling.