Starbucks has dealt a serious blow in the battle against plastic pollution.
The coffee giant has announced it will eliminate all plastic straws from its 28,000 global stores, saving an estimated one billion straws each year.
Instead, it will introduce a new recyclable lid and alternative straw options (compostable and paper) to its worldwide customer base. The commitment builds on a pledge made earlier this year to invest $10 million in creating a truly sustainable coffee cup.
The new strawless lid design will be introduced at its hometown of Seattle and Vancouver with a wider roll-out across North America in 2019.
“For our partners and customers, this is a significant milestone to achieve our global aspiration of sustainable coffee, served to our customers in more sustainable ways,” said Kevin Johnson, president and chief executive officer for Starbucks.
Europe will likely see the improvements by 2020, starting in France, the Netherlands and the UK. Select stores in London have also been trialling the use of a 5p paper cup charge, which will soon expand to 950 locations.
“Starbucks goal to eliminate plastic straws by 2020 from their stores globally represents the company’s forward thinking in tackling the material waste challenge in totality,” said Erin Simon, director of sustainability research & development and material science at WWF USA.
Nicholas Mallos at the Ocean Conservancy added: “Starbucks decision to phase out single-use plastic straws is a shining example of the important role that companies can play in stemming the tide of ocean plastic…we cannot afford to let industry sit on the sidelines, and we are grateful for Starbucks leadership in this space.”
Plastic straws remain just one part of Starbucks’ plans to improve sustainability. The company is seeking to source 100 percent of its electricity from renewable sources and bring 1,500 up to the highest environmental standards. 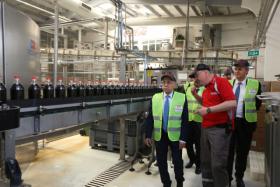 A member of ÇEVKO Foundation, Coca-Cola Beverage is leading the industry with the“Zero “Waste” practice it started in its factories in Turkey under the auspices of Emine Erdoğan, wife of President Recep Tayyip Erdoğan, and the coordination of the Ministry of Environment and Urbanization. Coca-Cola, which has started its “Zero Waste” production in its factory in Ankara, is constantly reducing its waste and getting it recycled for a waste free world. Its target is to rapidly spread this practice in the other 10 factories in Turkey.

Coca-Cola Beverage Turkey has used 15,000 tons less raw material in the last 8 years owing to its efforts to make the packagings lighter. Coca-Cola Beverage has started to use 30% herbal material in its 330 ml “Damla” drinking water bottles, is using recycled material in its glass and aliminium packagings, and recycles 54% of packagings it has launched. Last year by using recycled bottles, Coca-Cola Turkey also prevented emission equal to the carbon-dioxide absorbed in one year by 780,000 trees.

The project is spreading throughout the country
The Undersecretary of the Ministry of Environment and Urbanization, Prof. Dr. Mustafa Öztürk stated that with the mobilization of “Zero Waste”, awareness of the prevention of waste formation, the collecting of the waste separately at its source, and recycling have rapidly spread nationwide. He went on, “We are very happy to see that the Zero Waste Project, which gives support to the protection of the unique natural beauties of our country, is rapidly becoming widespread in the industry, too. The taking part of a big company like Coca-Cola in the Zero Waste Project will set an example to the whole industry, and this is a pleasing situation.”

Environment Friendly Applications for a Clean and Livable World from PepsiCo

Another member of ÇEVKO Foundation, PepsiCo, is putting into practice environment friendly applications for a clean and livable world. The company has adjusted its business processes in a way to be considerate towards the environment, and within the scope of this vision named Benefit-Oriented Performance, is in the act of taking important steps towards a healthy future under the headings products, man, and world.

The General Manager of PepsiCo Turkey, Levent Yüksel made a speech in the scope of the World Environment Day on 5th June, and said, “As PepsiCo Turkey, with our environment friendly applications we are using the resources most efficiently while making a meaningful contribution to the creation of a sustainable ecosystem. Some of our major steps are as follows: Owing to our Resource Protection teams in our factories, we have substantially reduced the amount of our operational water consumption.

We have reduced by 23,5% the amount of water used per liter in the Turkey beverage operations since 2009. In the same period, we made a reduction of 22% in the amount of water produced per kilogram in our food operations. We became the first business unit to receive the WWF Turkey Green Office Diploma among all the PepsiCo offices in the world. We have also reduced the flow of water used in the wash basins, we have optimized the heating, cooling, and lighting systems.”

The Children’s Theatre of ÇEVKO Foundation, which was put together to instill recycling awareness in primary school children and which first put on stage the play “Recycling Will Do Us Good” in 2010, has been viewed by more than 50 thousand children via 160 performances.

The script of the musical children’s play was renewed in 2016, and emphasizes that packaging waste should not be thrown into the garbage but put into recycling boxes, and at the same time teaches the children what recycling materials are. Also from time to time the children take part in the play, which shows the struggle of ÇEVKİ, Water, and Soil to teach Fire, who damages the environment, what packaging waste is. 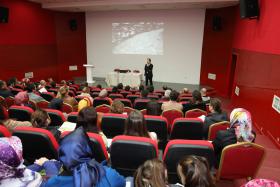 Approximately eight thousand teachers participated in the Training of The Trainer Seminars within the scope of training studies of ÇEVKO Foundation going on since 2009. With the educational activities of the foundation since 2005, the number of students reached has exceeded 818,000. ÇEVKO Foundation holds these seminars for the teachers of primary and secondary schools in the collaborating municipalities with the permission of National Education Directorates and the support of the related municipalities. The agenda of these seminars are “Problems caused by waste in Turkey, the importance of recycling, methods of recycling, the historical development of recycling, the system of recycling.” At the same time the trainees learn about the works of ÇEVKO Foundation, the website www.cevkococuk.org and the training set distributed to the teachers.

With these trainings that have been organized all over Turkey for 9 years 7,968 teachers have been approached. Teachers attending the seminars receive the trainer’s training handbook, educational books prepared specifically for primary school students, and the ÇEVKO Foundation Educational Set, which includes an enlightening DVD, alongside the Certificate of Participation to the Training of the Trainer Seminar.

ÇEVKO Foundation also has different educational activities that target getting through to the students who have reached the age of education the importance of recycling, what they must do on this subject as individuals, and make recycling a part of their daily lives. Since 2005, when ÇEVKO Foundation became an authorized organization, it has approached an average of 55,000 students per year, and the total number of students so far is said to be 818,467. Apart from these activities, the foundation gives trainings to adults as well in order to establish social consciousness.

Unilever Determines the Sustainability Road Map Together With Shareholders 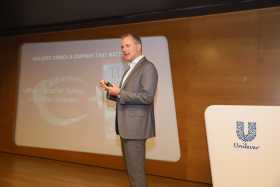 Unilever Determines the Sustainability Road Map Together With Shareholders

The traditional Stakeholder Workshop of Unilever organized within the Sustainable Life Plan, was carried out with the participation of NGO representatives, social entrepreneurs, academics, approximately 70 experts from the world of media and business. The results of the global research done by Unilever in order to see beyond the current sustainability targets and get the opinions of the shareholders were shared for the first time at the workshop. Alongside the 276 key stakeholders in Unilever’s value chain, over 40 thousand employees worldwide took part in the research, which put forward the priorities expected to be focused on by the company in the future.

Unilever’s ‘Sustainable Life Supporting Brands’, which have integrated sustainability as a business model into all their activities, showed a better performance than the company’s average growth rate in 2017 as well as in the last three years. These ‘Sustainable Life Supporting Brands’ showed a faster growth rate of 46% compared to the rest of Unilever, comprising 70% of the total growth turnover. In Turkey brands like OMO, Dove, Lipton, Knorr, Domestos, Signal, Algida, Elidor made up 72% of the total growth of Unilever Turkey by showing a growth rate of 44%.

Unilever gets opinions on sustainability from stakeholders

The Chairman of the Board of Unilever Turkey, Central Asia and Iran, Harm Goossens pointed out that sustainable life brands are the locomotive of growth in Turkey too, saying that they have started the greatest ever ‘listening survey’ in order to hear and understand the views of their employees and key stakeholders worldwide on their current sustainability targets and beyond. Alonside Unilever’s 276 key stakeholders including investors, suppliers, clients, creative agengies, opinion leaders, NGOs and academics, over 40 thousand workers of all functions from 21.000 production facilities worldwide participated in this survey named “Have Your Say.” In the survey which took more than three months, the participants were asked their views on the priorities they wished Unilever to focus on. It was observed that the answers given by the shareholders were similar to those given by the employees.

Ebru Şenel, Director of Sustainable Business and Communications of Unilever Turkey, pointed out a serious trust issue worldwide. She said, “In our day, people do not trust each other, the states, the NGOs, and even the universities. As Unilever, we believe that it is critically important to build faith in every area of life, and we play a leading role in this.”

Environmentalist Cat ÇEVKİ Children’s Theatre continues to be performed with its renewed script in various cities of Turkey, and with the collaboration of municipalities and District National Education Directorates.

This musical play informs children on recycling through the eyes of ÇEVKİ and his friends with fun adventures. ÇEVKİ and the packaging wastes try to get Ateş, who is rather a rascal, and his own cat to be more considerate on the subject of recycling.

The play, which was put on stage in Körfez and Derince at the beginning of November, was performed for thousands of children in Döşemealtı, Manavgat, Alanya, Muratpaşa, and Konyaaltı districts of Antalya. 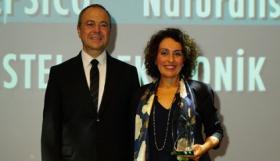 Support From Gürallar Glass Packaging to The Endless Ocean Project