Containers For Plastic Bottles Put Up In Serik 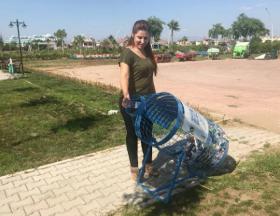 Serik Municipality started a project with the name “Packaging Waste Is Not Garbage, Must Be Recycled” in order to spread the concept of recycling and to increase environmental awareness. The Directorate Of Sanitation, together with ÇEVKO started to put “Waste Pet Bottle Collecting Containers” in different parts of Serik. These containers in the shape of a bottle have attracted the attention and admiration of the public.

The L’Oréal Programme Sharing Beauty With All 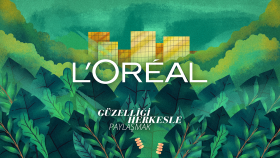 L’Oréal’s Sustainability Programme Sharing Beauty With All, which was started in 2013, is an important part of the social responsibility approach of L’Oreal, and the aim is to create a positive impact on the community and environment all over the world.

Global and Turkey results of L’Oreal sustainability reports, detailed information and figures can be reached at the website.

Extended Producer Responsibility Model in The Combat With Climate Change 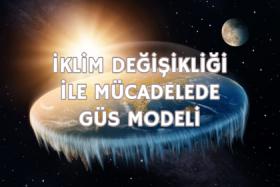 Extended Producer Responsibility (GÜS) is an effective model to fulfill the recycling targets in waste management. It enables the industry to contribute to the process financially and technically as well as in operations and communication. Here we will talk about ÇEVKO Foundation’s contributions to the reduction of greenhouse gases in order to combat the climate change with the GÜS model in recycling.

A substantial part of recyclable waste in terms of volume and weight comes from
. glass,
. metal,
. plastic,
. paper/cardboard,
. composite,
. wood

In order to explain the GÜS model in packaging waste management, it is necessary to take a look at the life cycle of the packaging (See: outline 1). In circular economy used packagings are collected from the consumers at the source and separately from other waste, and following the necessary procedures they are recycled to be used in the making of new products.

Recycling With ÇEVKO at The 30th Boğaziçi Intercontinental Swimming Competition 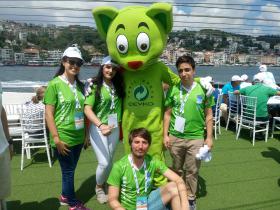 The 30th Samsung Boğaziçi Intercontinental Swimming Competition organized by the Turkish Olympic Committee took place on 21st -22nd July with the participation of swimmers from 52 countries. The competition, which was elected “The World’s Best Open Water Swimming Organization” has been contributing to the promotion of İstanbul and Turkey for 30 years, and this year a total of 2,400 swimmers from home and abroad signed up for this important event from Asia to Europe starting at Kanlıca and ending at Kuruçeşme Cemil Topuzlu Park.

Thousands of sports fans watched the race in excitement and the packaging wastes were collected with the collaboration of ÇEVKO Foundation and the Beşiktaş Municipality. ÇEVKO also informed the athletes and the fans on recycling at its stand, drawing attention with a promotion “Bring your packaging waste, take away your cap.”

During the races, 240 kg of plastic, 280 kg of paper/cardboard, 20 kg of metal, and 60 kg of glass waste were collected. The environmental benefit as a result of the recycling of this waste was calculated as;

Coastal Cleaning at Kilyos From Head&Shoulders! 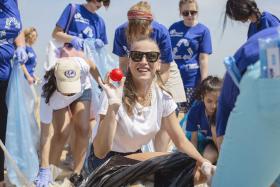 Head&Shoulders organized a coastal cleaning activity in Kilyos in collaboration with ÇEVKO Foundation, CarrefourSa, and Community Volunteers Foundation (TOG) to draw attention to the combat with the pollution in our seas. Serenay Sarıkaya, the brand face of Head&Shoulders, also took part in the event.

Head&Shoulders had previously taken the first step towards environmental awareness by putting on sale at the CarrefourSA stores the “World’s First Recycled Shampoo Bottle” – a bottle of which 20% was made from plastic waste collected from the sea – while at the same time placing containers for collecting plastic waste at the CarrefourSA stores, the leading retail brand in Turkey. 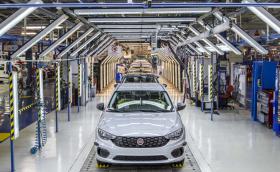 Tofaş has shared its 5th Sustainability Report with the public. For the first time this year the report has been published interactively, and gives all the shareholders the opportunity to examine and compare the company performance data since 2013. According to the report, Tofaş has provided an energy saving of 72,633 GJ and a water saving of 63 million cubic metres owing to the efficiency studies it carried out during that period.

The report also indicates that Tofaş has reserved 25 million TL of the 244 million TL spent on R&D expenses in 2017 on emission reduction projects, which resulted in a reduction of 5,918 tons of carbondioxide. As a result, Tofaş reduced the amount of greenhouse gas originating from production by 10,5% per vehicle compared to the previous year.

Deputy Ministers Assigned to the Ministry of Environment and Urbanization 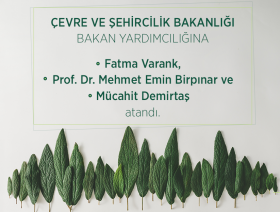 According to the Presidential Decrees in the Official Newspaper, Prof. Dr. Mehmet Emin Birpınar, Fatma Varank, and Mücahit Demirtaş were assigned to their new positions.

ÇEVKO supported the preservation of the environment during WRC RallyTurkey 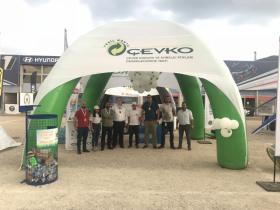 The Turkey leg of the World Rally Championship (WRC) was in Turkey after a long time and brought together ÇEVKO Foundation, Turkey Automobile Sports Federation, and Marmaris Municipality in an eco-friendly event.
During the competition which was held between 13th-16th September, 90 recycling bins, pet bottle collecting cages, glass collecting bins, bins for special waste, and indoor recycling boxes were placed on the racing track, viewing platform, and service points, owing to which, packaging waste was collected seperately at its source, and substantial environmental benefits were achieved with the recycling of 22,5 tons of waste. 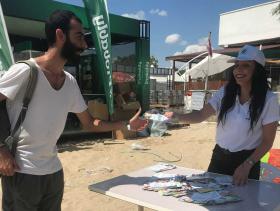 At the Tekirdağ Music Festival on 3-4-5 August in Erikli, ÇEVKO Foundation and Keşan Municipality collaborated to create and increase environmental awareness, and to inform the public on the topic.

The festival attracted attention with participants from all over the world, with various fun and meaningful events, performers and music groups, and with its environmentalist approach while ÇEVKİ was the focus of the attendees.

Hosting over 100,000 participants, the festival will be held next year, too. As ÇEVKO Foundation, together with the municipalities we are cooperating with, we will support such events and inform many more consumers on recycling. 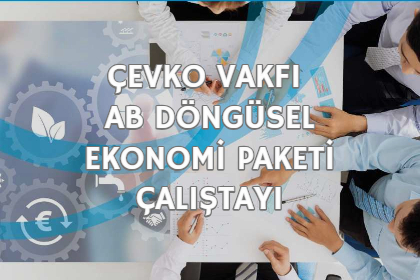 ÇEVKO Foundation’s workshop was held on 17th July 2018 with the participation of Mete İmer, General Secretary of ÇEVKO Foundation; General Secretary of the Business Council For Sustainable Development (SKD Turkey), Konca Çalkıvık; and Monika Romenska, Director of Corporate Relations for the Extended Producer Responsibility Alliance (EXPRA). Alongside these participants were officials of the Ministry of Environment and Urbanization, representatives of the member organizations of ÇEVKO Foundation, and managers of various organizations, unions and associations.

At the workshop, the EU Circular Economy Package was fully covered and information was given on the legal regulations to be carried out in the EU.

The EU Circular Economy Package foresees the transition to circular economy, which involves the processes of “sustainable production-sustainable consumption-recycling” from linear economy which means “buy-use-discard,” owing to the fact that the world population is increasing rapidly, and the world’s resources are limited in the face of the growing demand for products and services.